Set in rural North America from the 1870s to 1890s, The Little House on the Prairie was one of the most-watched television programs of the 1970s. The adventures of the wholesome Ingalls family, based on the experiences and book by Laura Ingalls, were very popular. It blended the comedy-drama elements into a nostalgic historical piece. It was set in a time of the developing USA that was starting to grow in size and confidence. It was independent and set its own rules and constitution, away from Europe. In the Timber Frame House of the Ingalls, the story of their lives, loves and laughs start to unfold. 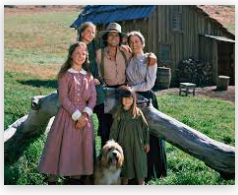 The series focuses on the large Ingalls Family. Charles and Caroline are the fine and proud parents of 3 daughters, Laura, Mary, Carrie and Son Albert, the youngest, much to his annoyance. Charles was born in New York, the descendant of some of the first settlers to the country. However, his family moved to rural Illinois, and he became a skilled farmer and carpenter. Charles marries the girl next door Caroline, and they build a life with their daughters and son. 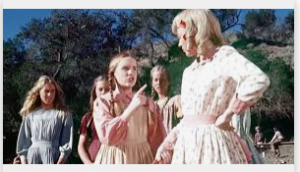 The show was lighthearted, but it was not afraid to cover serious issues. It highlighted that the lives of the turn of the twentieth-century family were not as far removed as that in the 1970s. Problems with drugs, disability and racism were all bravely covered by the show. It ran for 12 years and has constantly been mooted as having a reboot and being brought back.