If you’re just joining us in this article series it may be wise to hop back to Parts 1-4 which cover how to approach the pre-production and scripting phases of filmmaking as well as selecting your audio and video recording equipment. If you don’t fancy that or are simply looking for some tips on cutting out costs in your production phase then you picked a juicy juncture to join us on Budget Filmmaking begins to discuss the production phase of filmmaking and some advice on running a film set.

The production phase of a film is when all the necessary elements are created and gathered for the filming process, the filming process itself and can overlap with the post-production phase where the film is edited. This overlap arises from the occasional need to reshoot scenes or gather unexpectedly necessary elements, a sign of where having a pre-production phase approached with fluidity and evolution in mind helps. A film rarely looks like the writer or directors initial vision as the realities of the film begin to manifest over its lifetime, keep this in mind always. 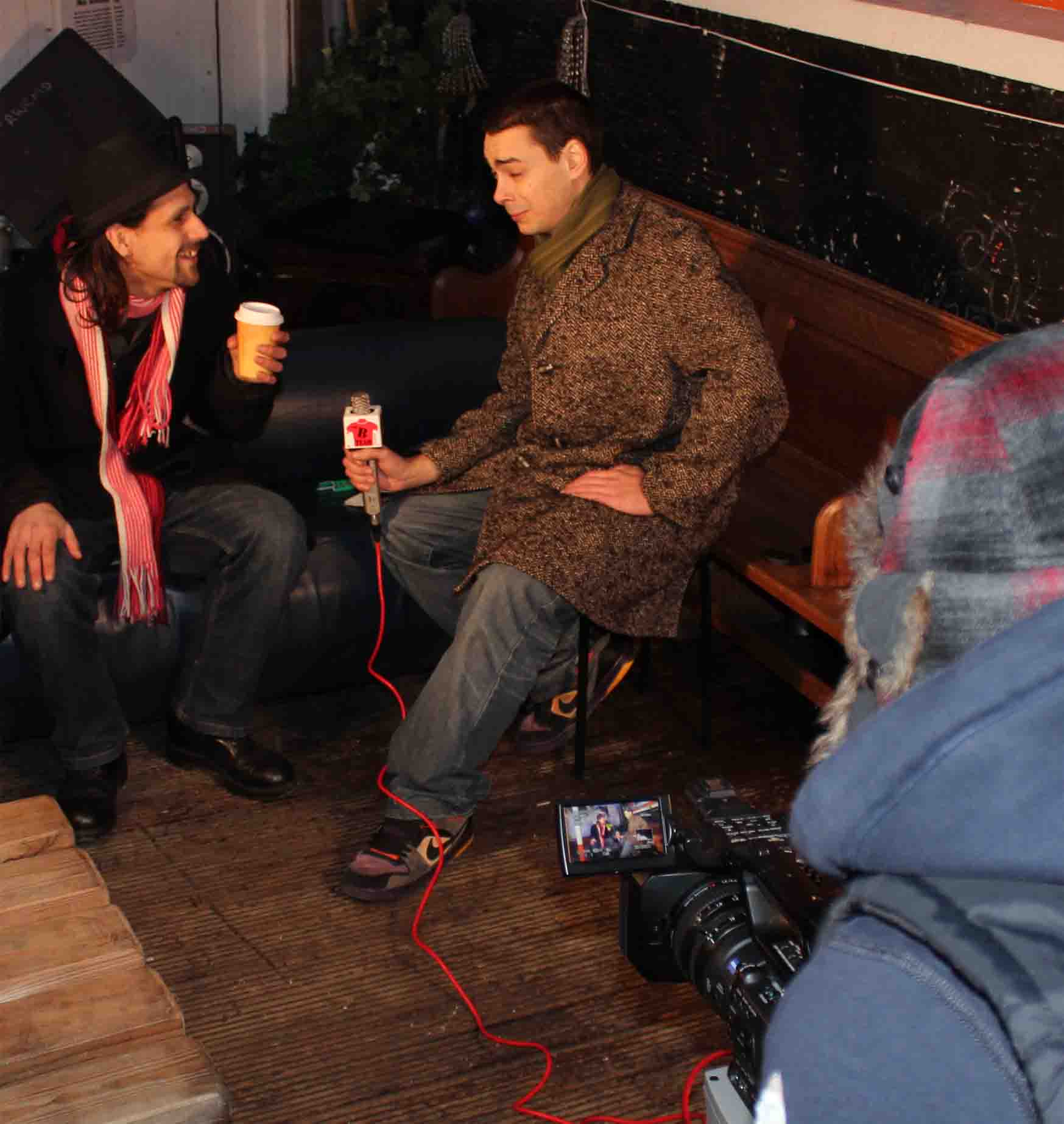 By now you should be ready to approach your location with your script, storyboards and camera in hand, all your people have showed up on time and ready to roll, damn it feels good to be a filmmaker. This is where you can have huge impact on your film as you guide your production team through the shoot, aim to keep morale high from the get go by providing snacks and warm/cold drinks to all involved. Be sure to brief everybody before the shoot and again on the day, make sure everybody knows when they will be needed so you don’t have people standing around all day. Sure, extra hands on set helps but too many cooks can spoil the broth or drink all the coffee. If people have to travel to get to your shoot be sure to cover their travel costs, this is where forward planning helps as you can book travel tickets in advance of the day and get lower priced tickets as a result. Running a smooth set with as little downtime as possible will give you plenty of time to refilm anything which doesn’t make the grade, plan for this as it WILL happen. If you don’t film with reshooting in mind then you will pay for this later down the line when you find out that you did need to reshoot a certain scene. Remember that you will use about 10% of what you film so being able to get the highest quality from each take lies in your ability at managing the set effectively.

If you think you’re going to get away without a tripod, forget it. Give up and go home now. You need a solid platform to place the camera on; do not think that you will be able to trick people by standing really still with the camera as that’s just not going to happen. What if you’ve found the perfect angle but the scene is 5 minutes long; your cameraman will have to hold that position until its filmed which could take hours. Again, call on your creative network if you don’t own a tripod and if they can’t deliver then either buy (they can be found for $20 but you’ll get $20 of quality in it) or expand your network, but you will need one. You will also need to invest in or acquire some lights, the human eye is a lot better at processing low light levels than any camera on the market and it helps to bear this in mind. Cameras see a lot dimmer world than we do and so any scenes need ample lighting to compensate, the more the better as once you have enough you can begin to play with lamp placement to stylise your scene.

This filmmaker’s killer tip for getting the most out of your camera equipment for lowest cost: Bring a rubberband with you. Or two. This simple tip has allowed me to capture some fantastic landscapes and scenes using a light and rickety tripod. If you want to pan or tilt your camera then you will have to tilt or pan the tripod but the start and end of your pan or tilt can ruin everything in between, they need a smooth roll-in and out and this is where the rubber band comes in handy. Loop the band around the arm of the tripod and make any camera moves through the rubber band, pulling it and the tripod head in the direction you wish to go. The rubber will give you a nice graduated start and finish to your camera movements normally only attainable with high end tripods or through a cameraman/yoga master.

From the above we can see that there are a number of ways to reduce the cost of your film shoot by purchasing travel in advance to keeping morale up to reduce the need for reshoots. The biggest and best saving however is in the planning of your film shoot. If you don’t know what you want people to do at what intervals then I’m afraid you may well be condemned to reshoot hell as you reorganise the smoke that took you so long to bottle. Join us next time in the series when we further discuss Budget Filmmaking and more specifically how to approach the editing of your film.