During the cold weather there is nothing more satisfying than warming yourself by the fire and taking a new log from the Metal Log Holders that you purchased from https://www.themetaltree.co.uk/ and adding it to the flames. Humans have long been fascinated with fire and have utilised it as a way to keep themselves warm for centuries. It was vital to our very existence when we spent much of our time living outdoors or in dark, cold caves and now it is very much a luxurious addition to our homes. 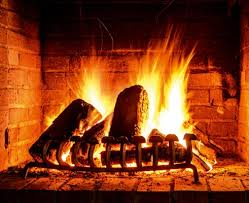 It is thought that our initial relationship with fire began with early humans over two million years ago. Fire was used not only to provide those early people with warmth but also with a way to cook food and to provide an element of protection to the communities during the darker days and months. Archaeologists have spent years studying evidence of hearth sites and the use of fire in our everyday lives. As well as these studies, anthropologists have spent just as much time looking at the behaviour of these early humans and it is believed that it is fire that first brought about some of the first intense social interactions between different members of a community. The camp fire was where a family and wider community would meet not only to warm themselves in the evenings but to catch up with one another and plan any particular events.

One great indication of how early humans would have utilised fire to cook food is how our bones have evolved. When looking at our digestive systems and comparing them to earlier primates our mouths are much smaller, our teeth have also changed as well as our digestive tracts being shorter. This helps to indicate that we have adapted to consume cooked food rather than raw options. The only way cooked food can have been consumed by early humans is for them to have heated it over a fire of some description. Eating cooked food has been paramount to our evolution and in order to give our bodies the daily requirement for energy it is estimated that we would need to eat for around 9.5 hours each day if we solely ate raw food. 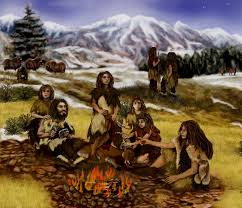 Fire has continued to play an important role in our development being used to warm our homes and cook our food just as it did centuries ago.