One of the main obstacles when quitting smoking is the thought of “Total, the damage is already done, what difference is there?”. If we are not convinced of the health benefits , maybe the will power that is needed to leave it is not worth it, right?

Of course yes! Quitting smoking is one of the main efforts you can make for your health , and the benefits it will bring you will begin to notice right away . 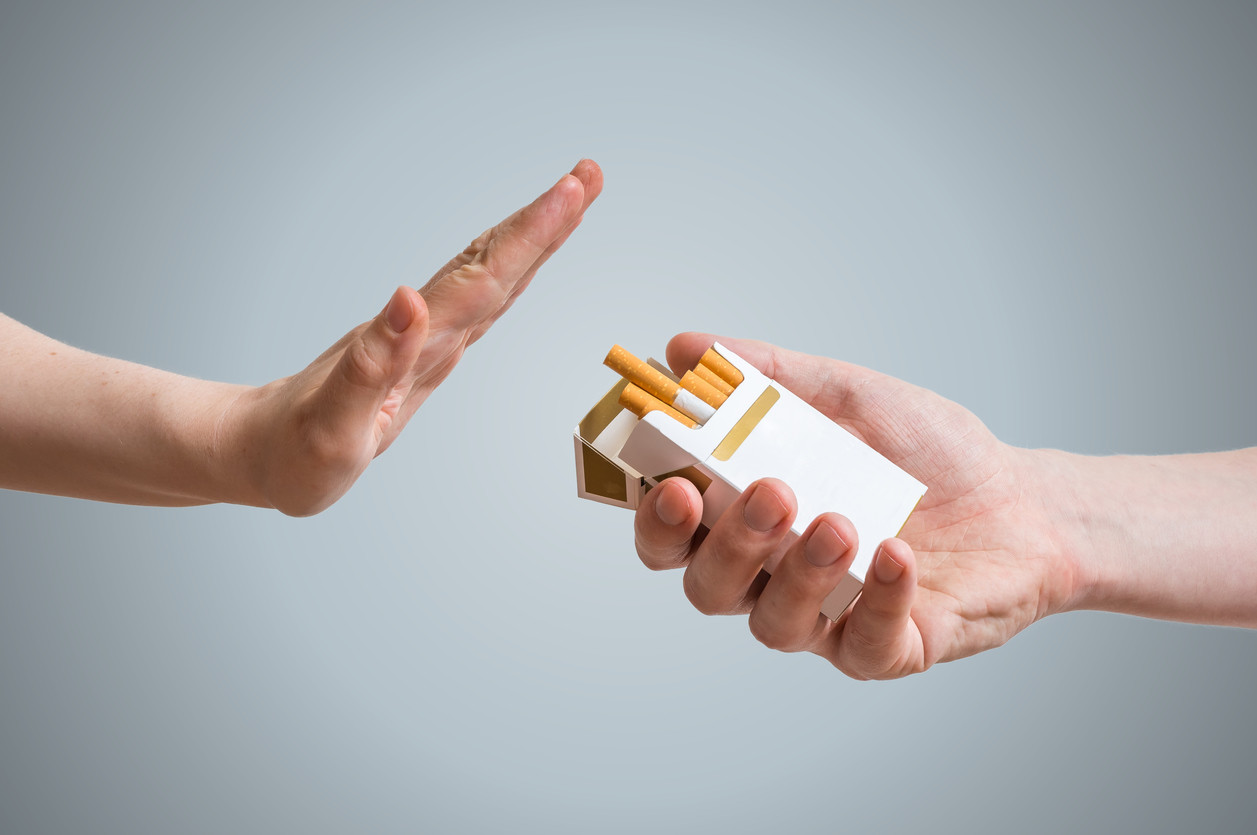 Your health improves little by little

The benefits of stopping smoking start right off to extinguish the last cigarette and are happening for years:

Half an hour after you put out your last cigarette, your blood pressure returns to normal, and about eight hours later, by the end of the day or so, the amount of nicotine and carbon monoxide present in your blood will have been reduced to the half.

This is important because the more carbon monoxide, the less oxygenthere is in your blood, and that hinders the proper functioning of the muscles and brain.

Of course, you will also notice some negative effects , such as nervousness, desire to eat and doubts. It is normal and usually last about 5 or 10 minutes. Find a way to distract yourself until those feelings pass, for example by chewing gum, sipping water or concentrating on a song you like a lot.

At this point your carbon monoxide levels in the blood have returned to normal and your heart will thank you , because you do not have to make so much effort to bring oxygen to all organs.

If you smoke a pack of tobacco a day you are twice as likely to have a heart attack, but if you spend a whole day without smoking, you will have considerably reduced that risk .

Be careful because here begins the good. To begin with, your senses of taste and smell will have gained in precision by releasing part of your receptors hitherto numbed by tobacco compounds.

Your body in general is in the process of cleaning , starting with your lungs, which has to expel a lot of mucus impregnated with those toxic compounds. At the same time, nicotine is already starting to disappear from your body.

And therefore, the most intense withdrawal symptoms begin : anxiety, dizziness, hunger and tiredness are the most common, as well as headaches, boredom and a feeling of depression.

It’s normal, but it’s hard . Make a plan and follow it . Go to the movies or somewhere else where you can not smoke. Seek support, whether from your partner, your family, your friends, an app or a support group.

If you have asthma , your symptoms may get a little worse at this point. It is confusing, but it is part of the normal process of tobacco detoxification and will not last too long.

Your lungs are cleaner and breathing becomes easier. You will start to recover energy and you will notice that you get tired less than before.

From two weeks to three months

Three months without smoking are a victory and you deserve to be recognized, well done! Surely you yourself notice the improvements: your lungs are clear and are stronger, and your circulation has improved. All this means that you have more energy and you can exercise more , which in turn decreases your cardiovascular risk even more.

Besides, you’ve already passed the worst part of the hitch . Still, you may still have anxiety. Everyone has their own triggers of the desire to smoke , and although you can not avoid them all, you can make an effort to continue fulfilling your strategy to quit: ask for help if you need it, think about the money you are saving by not buying tobacco, breathe deep 10 times when you feel the urge to smoke.

Between three and nine months later

Your lungs are stronger and cleaner, and now when you cough, you do not drown so much, but you do it in a way that helps you clear your own lungs and throat. This helps you avoid many diseases and respiratory infections , such as colds and flu.

Happy anniversary of the best decision of your life! Or one of the best, in any case. To celebrate, we inform you that now your risk of cardiovascular disease has been reduced by half compared to what you had when you quit smoking.

The thing keeps improving. At this time, your chances of suffering a heart attack or cervical cancer are the same as those of any non-smoker, and compared to the time you left, is half as likely to suffer cancer of the mouth, throat, esophagus or bladder .

Compared to someone who still smokes, you now have a 50% lower risk of lung cancer , and the chances of you suffering from cancer of the larynx or pancreas have also been reduced considerably.

After 15 years without smoking, your body has cleaned and cured all the damage caused by exposure to all toxic substances contained in tobacco. At this point, your risk of heart disease is the same as you would have if you had never smoked.

Other benefits of quitting

In addition to reducing the risk of diseases, that oxygen is better distributed by your body and stop exposing yourself to chemicals, quitting smoking has some advantages that you will notice in your day to day from almost the beginning of the process:

– You will save money. The price of tobacco only increases, partly due to a series of taxes that precisely seek to encourage smokers to quit.

-It will improve your mood. Although we usually think that smoking calms anxiety, some studies point out that it is actually the other way around , and that people who quit smoking show an improvement in levels of anxiety, stress and depression.

-You will taste better. The sense of taste, as well as the sense of smell, are attenuated in smokers because the components of tobacco partially block their receptor cells. When you leave it, they will progressively clear and you will enjoy more of the food.

-You’ll look better. Tobacco turns off the skin, darkens the teeth and yellows the fingers. Shortly after leaving it you will go away noticing that you look better, more pleasant and healthy.

-Your fertility levels will increase, and your chances of having an uncomplicated pregnancy will also increase and your baby will be born healthy and strong.

Benefits for those around you

As the British National Health Service reminds us , quitting smoking also benefits the people around you.

-Protectás also the health of the people around you. Passive smokers are exposed to many of the toxic substances in tobacco and that affects their health just as it affects active smokers. If you stop smoking, you will also be improving the health of your family and friends.

-In particular, of children. If you have children and stop smoking , you will reduce your risk of bronchitis, pneumonia, asthma attacks, meningitis and ear infections.