It used to be just the bride who panicked about losing weight and looking her very best on her wedding day, but recent research shows that mothers of the bride are feeling the pressure more than ever. Although mothers have always wanted to do their daughters proud on their big day, high-profile celebrity weddings in recent years, where the focus has been as much on the bride and groom’s families as on the couple themselves, have put mums at the forefront. 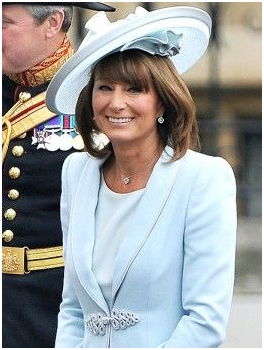 It’s been dubbed the “Carole Middleton effect”, after the UK’s most famous mother-in-law shone at Kate and William’s wedding. The biggest wedding of the 2000s so far is definitely that of the future king and queen. While all eyes were on Kate, at least initially, her family also came under scrutiny, and her mum in particular was singled out for her style and elegance. The pressure is now on for mums to shine on their daughter’s wedding day.

Stylish Looks for Mothers of the Bride

While it would be very bad form for mum to try and outshine her daughter on her special day, everyone wants to look their best and to be able to look back on the wedding photos with pride rather than despair.

Brides website features a gallery of striking mothers of the bride, demonstrating that mums can look every inch as stylish and stunning as their daughters..

While most mothers of the bride don’t have access to world-famous designers like Carole and other celebrity mothers of the bride had, the fashion industry has stepped up its game, and many popular high street stores now offer stunning outfits for all members of the wedding party. Brides Magazine has a host of outfit ideas for the modern mother of the bride, running the gamut from traditional to cutting-edge contemporary.

Two-thirds of mothers of the bride now admit they diet before their daughters walk down the aisle, with many turning to fad diets in the hope of shedding pounds rapidly. Carole Middleton famously followed the Dukkan diet before 2011’s royal wedding, and it certainly seemed to have worked for her.  Ensuring that the Bournemouth wedding photographer will catch them looking their best.