A delicious ice cream offers a tasty treat at any time of the year, and there’s no reason to feel guilty about eating one, especially if you choose one that has been made in the Italian style. 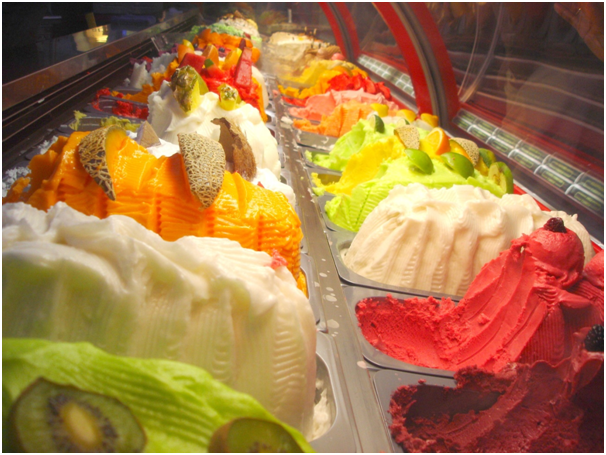 Gelato, or Italian ice cream, is made similarly to other ice cream, using a base of milk, cream and sugar to which fruit purees and other flavours are added. However, many people don’t realise it offers a healthier alternative to regular ice cream and has a lighter and smoother texture along with a fantastic taste.

From the Italian word for “frozen”, gelato became popular in the 1900s and remains a firm favourite today.

Here are our top 5 five reasons to try it.

Milk is the main ingredient in gelato instead of cream. This means it has a much lower fat content than traditional ice cream, which generally has a fat content of more than 10 per cent. Gelato also uses fewer egg yolks and sometimes none at all. Regular ice cream often contains trans fats, triglycerides and fatty acids that stop your taste buds working properly, while gelato flavours taste more natural. This delicious, clean flavour can be sampled at an Italian restaurant in Dublin.

It’s immediately apparent when you lick a gelato that the flavour tastes better, and this is due to the fact that fresh fruit and nuts are added. Gelato’s flavour comes through quickly before melting away, leaving you with a clean-feeling mouth.

American-style ice creams have lots of air whipped into them as they are churned quickly, which means the volume of the mix is increased and flavour is lost. Gelato, which you can try at an Italian Restaurant in Dublin, is churned at a slower speed, meaning less air is introduced into the base, giving it a more milky texture.

According to the LiveStrong foundation gelato can have fewer calories than traditional ice cream because it is made with milk.

For those who have an intolerance to cakes, pies and other desserts, a gelato is a great option. It’s also safe for diabetics to eat in moderate amounts due to the fact that the sugars used are mainly composed of glucose and fructose.