Aircraft are incredible feats of technology and design, and they can take a number of years to be developed. The design phase alone can take up to 4 years. During this time, the designs are created and rendered in 3D and, in this case, 4D on the screen for the designers to be able to see the aircraft from every angle. Once they are happy with the design, a small replica of the plane is created and then tested in wind tunnels to check its aerodynamics. At this point, the plane may go back into another design phase if tweaks are needed and then it will be retested for its aerodynamics. Once the plan has passed these tests, it can then move onto creation where the parts are assembled, and the Plasma polymer composite that you can find from Poeton is coated on key areas to make them durable. 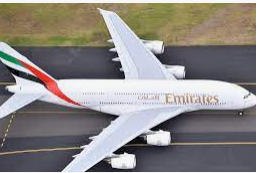 One of the giants of the sky is the Airbus A380. The concept was developed over several years, and it was borne out of a desire to create a plan that would rival the Boeing 747. This was a dream that the company saw as reality, and they only ceased creating these planes back in 2019. The design of the Airbus A380 was such that it had two decks of passengers, and it was able to carry around 853 passengers as well as the substantial number of crew members that were needed.

The work first began on the concept for a plane of this style back in 1988 when the company wanted to create a plane that would be in competition with the Boeing 747. Up until that time, the 747 was the largest plane that had been commissioned for flights around the world. Over the years, they honed their designs, and in 2000, the company allocated 8.8 billion Euros to make their dream a reality. Just five years later, in 2005, the first model prototype was released, with the first official test flight taking place in the spring of the same year. 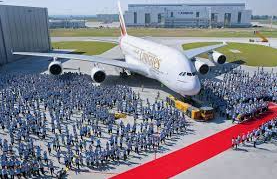 This marked a difficult period of time for the A380 as wiring problems were found, and the wings did not stand up to stress tests. This led to modifications being made, and it wasn’t until the Autumn of 2007 that the first plane was finally delivered to Singapore Airlines, ready for commissioning and its maiden flight.

Although the plane was an incredible design, airlines were worried about trying to fill the number of seats that were available, and the initial popularity of the plan started to decline. In 2019 the company decided to cease production of the Airbus A380.