The University of Gloucestershire has only been in existence since 2001 so it’s rather difficult to say that 19 years counts as having history. It has grown, despite some employment difficulties and financial uncertainties. to be an oversubscribed University. The development to a University has been a slow process begun when its predecessor, the Cheltenham and Gloucester College of Higher education was able to grant postgraduate degrees  in the early nineties. It has a plethora and support for the student including Cheltenham Student accommodation from https://www.yourperfectpad.com/. 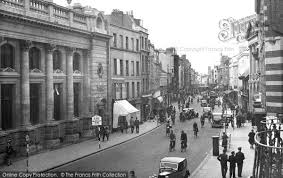 The tale of how the University came to be dates back a bit longer than the early 1990’s. In fact 1847 would be more precise. The bedrock of the University stems from the early Mechanics Institutes that took on school leavers to teach them advanced engineering projects. A few years later the needs of the flock were covered with the Cheltenham training college. This was set up by Sir Francis Close and one of the Universities three sites still bears his name today.

Cheltenham, as a Spa town, always attracted the academy over it’s larger more industrial neighbour Gloucester, although Gloucester had learned and respected institutions. Art and teacher training colleges began to thrive until they were alamagated under one organisation in the early 1970’s.