Luca Pacioli is a name that not many people have heard of, but it is one that is known by many Swindon Accountants, as he is noted as the ‘Father of Accounting.’ He was born in 1445 in Italy and was a mathematician. He studied and worked alongside medieval merchants and was interested in the world of commerce. He moved to Venice as a young man and worked with merchants in the town. 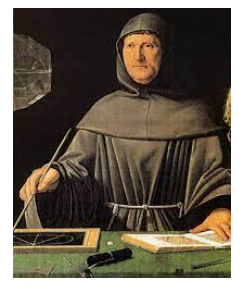 He became an expert in maths and began tutoring others and in some cases, his students went on to become famous in their own right. His most famous student probably being Leonardo da Vinci. The two men lived together for a period of time in Milan and it is Pacioli who is credited with giving da Vinci some of the knowledge that was needed for him to be able to create anatomical drawings with such precision. 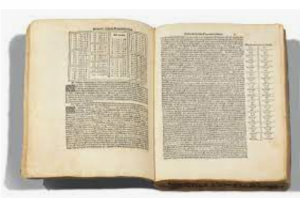 In 1494 Luca Pacioli published a book called the ‘Summa de Arithmetica’ which first introduced the idea of a double-entry bookkeeping method. Nothing like this had been seen before in the world of accounting or mathematics. It was so revolutionary and unique that is still used by accountants today and it is the method that Chippendale and Clark Accountants in Swindon use when looking at business finances and preparing end of year tax returns. He described a ledger for assets and one for liabilities and it is this distinction that is used in many of the cloud accounting software programs that are used by millions of businesses across the world today.