Porsche starts the year unveiling the new version of the Cayman GT4 Clubsport , a specific model for circuits and that serves in a certain way of advancement for the new street variant of the Cayman GT4. With two versions, one focused on amateur pilots and one for private teams, boasts a more powerful engine than its predecessor and specific competition technology to fly on the asphalt.

According to the brand, the Porsche Cayman GT4 Clubsport is the first racing model that has parts of its body designed in natural fiber (a compound similar to carbon fiber), element found in the doors and the rear spoiler and accompanying to its architecture in steel and aluminum. These lightweight materials allow this new Cayman GT4 Clubsport to stop the scale at 1,320 kilos . 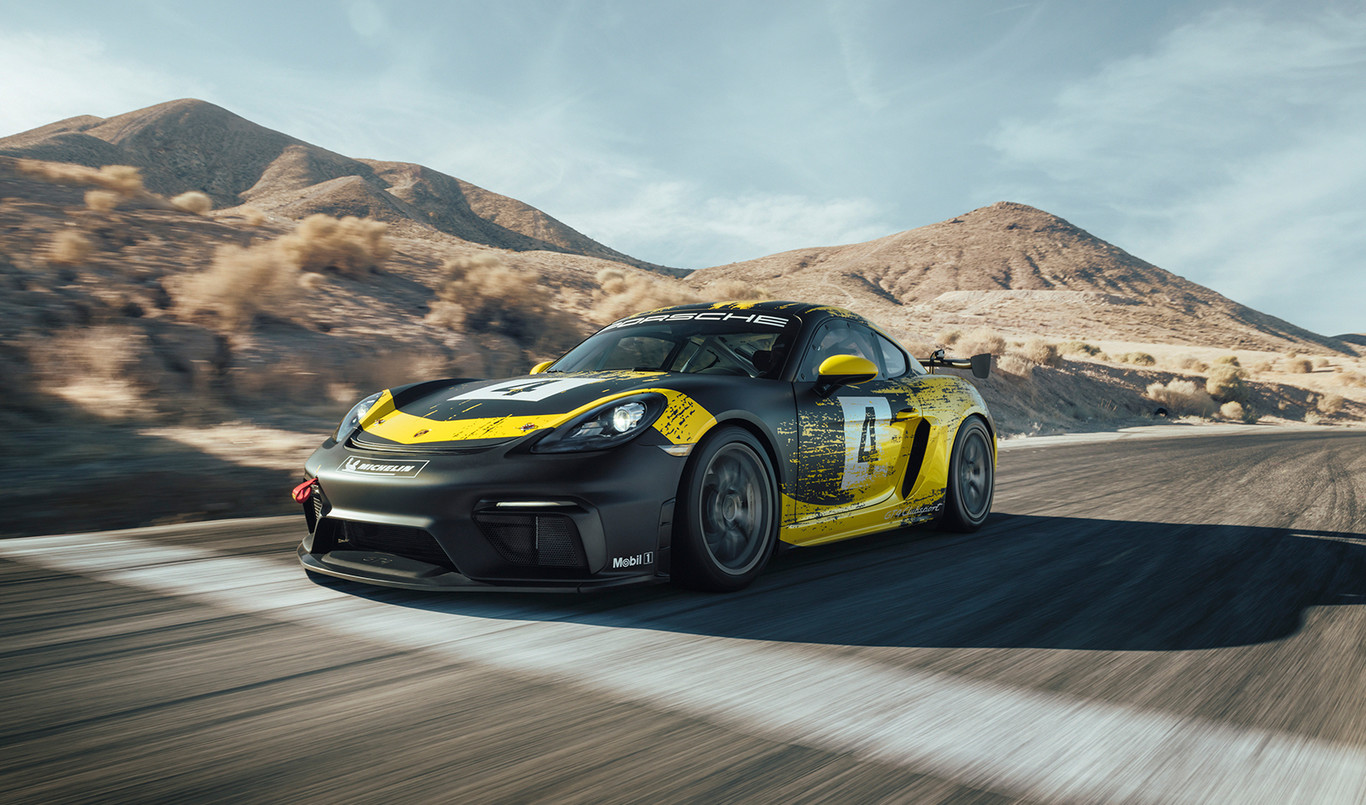 This coupled with a heart that offers 40 HP more delivery compared to its predecessor, make it a perfect racing frame, which will show improved performance, although Porsche not revealed in these first reports.

The 6 technological keys of the Porsche 911 992, which make it better and prepare it for hybridization

The new Porsche Cayman GT4 Clubsport is already available upon request and the first deliveries will start next February, its price ranges between 134,000 eurosTrackday variant and 157,000 euros of the ‘Competition’, excluding taxes.

This Cayman GT4 Clubsport 2019 comes alive thanks to a 3.8-liter six-cylinder atmospheric boxer, which is the same as the previous GT4 derived from the previous generation of the 911 (991). However, its delivery increases to 425 hp and offers a maximum torque of 425 Nm available at 6,600 rpm.

All its power is transmitted to the rear train, with self-locking differential, and is managed through a 6-speed dual-clutch PDK change. In addition, he inherits the specific suspension of his brother 911 GT3 Cup and has an advanced sports braking system, with 380 mm steel discs.

Being a model born by and for circuits, comforts disappear in the passenger compartment, which has been emptied for the occasion and has only one competition basketball with six-point belts and the usual roll cage.

There is where to choose …

The Porsche Cayman GT4 Clubsport is offered in two versions , the most basic Trackday , designed for amateurs, and the Competition, oriented sports clubs. The first has more benefits of assistance that facilitate the driving, as is the case of ABS, ESC or traction control, although they can be deactivated. In addition, it has air conditioning, a rescue hatch on the roof and a hand-held fire extinguisher.

For its part, the Cayman GT4 Clubsport Competition , focused on official competitions, is even more focused on motorsport. Its suspension can be adjusted in up to three stages, has a larger fuel tank than the amateur version (115 liters per 80 trackday) and has a braking distribution system, removable steering wheel, hydraulic jack and automatic system Firefighting.

This variant of competition gives us some clues of what we can expect from the street Cayman GT4, abandoning the turbocharging to return to the six atmospheric cylinders, which is always good news for the purists.