Cats are amongst some of the most popular animals to have as pets alongside dogs. But much in a similar way to dogs, finding someone to look after your pet whilst you are away on holiday can seem like a difficult task, but this is where a Cheltenham Cattery or Kennels can help you. As a quick aside if you are looking for a cattery it is worth taking a look at catterycheltenham.co.uk

As a cat owner I am always amazed by some of the things my cats do, from their dream like states through to their amusement with even tiny bits of fluff. Cats are incredible creatures and here are a few things I thought I would share with you. 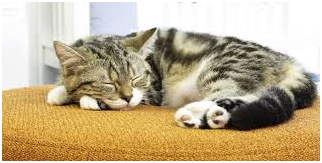 It is thought that there are over 500 million cats in domestic settings across the world with our fascination with felines spanning across the last 10,000 years. Ancient Egyptians used to worship cat like beings and placed a lot of importance on cats, key females in society would add (what is now known as the cat’s eye) a flick of black ink onto their top eyelids to extenuate this area of their bodies.

I have always been slightly envious of my cat’s ability to be able to sleep almost anywhere and for incredibly long periods of time. I do think that if reincarnation exists that I might request that at some point I return as a cat. In fact, it is not an illusion and cats actually sleep for between 13 and 14 hours a day and do so in an attempt to try and conserve some of their energy. 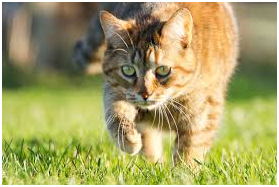 Cats use a lot of their stored-up energy when they chase around after their prey, or in the case of my two cats decide that two o’clock in the morning is the time to start trying to climb up the wardrobes and chase around after their own tails. A cat’s body is incredibly flexible, and their spine rotates more than the spines of most other animals. They also have a flexible elastic cushioning on their spinal disks which adds an extra level of flexibility to the cat’s movements. It is partly this flexibility that makes cats incredible hunters. When a cat stalks there back feet take the same track as their front feet and occupy the same footstep space. This means that they leave minimal marks on the ground and also make very little noise when they move. Combine this with their incredible sense of hearing and sight – in actual fact they can see up to six times lower a light level than we can as humans.