Located on the East Coast of England and to the North of beautiful Norfolk lies the seaside town of Cromer. It is known as the Gem of the Norfolk Coast, and rightly so. There is plenty to do and see in this picturesque town.  One of its best-known features is the abundance of Crab. The Cromer Crab is a globally recognised delicacy and should be one of the first things you should try when you get there. Apart from the food, there are plenty of other sights to take in. 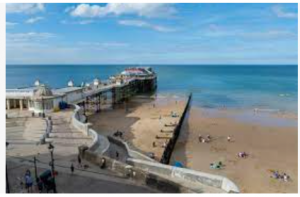 Things to do in Cromer include; A visit to the towns fishing heritage. Like many other British seaside towns, this hardworking place plied its trade, taking the North Sea’s harvest for its income and feeding the UK Populace.  There is a pleasant beach from which you can enjoy a bracing dip, and Cromer Pier has the usual amusements that one would expect to find on a good old fashioned British Pier. It’s also the place to take a seat and watch the world go by, either on foot or by sail.

If you tire of the beach, then the Amazona Zoo to the South of the town is certainly worth a visit. It has a South American theme and is the home to exotic Jaguars and Pumas. Further up the Coastline, there is a chance for a bit of fossil hunting as the Pleistocene coastline has plenty to find. Check out https://www.localthingstodo.co.uk/locations/things-to-do-in-cromer/ to see more things to do in the area.