Even though Halloween is done and dusted for another year, if you are still looking for some scares, here a few unusual places where you might come across some…

Drakelow Tunnels – Kidderminster, West Midlands – These mysterious underground tunnels have a history of involvement in war, in the second world war, they operated as a factory for Rover, the car company who were helping the war effort by building engines for the RAF. The fact that it was underground was very important, as it meant that if any other factories were destroyed during an air raid, this could still function as normal. When the second world war ended, it became the regional headquarters secret bunker for use in the cold war. Since then, it has been decommissioned and is now home to resident ghosts… During construction, 6 people were said to have died here, which accounts for most of the paranormal activity reported, including a mischievous ghost called Oswald, and the playing of wartime music within the tunnels. Many people also claim that when the site was decommissioned in 1993, satanic worshippers used the place to open a doorway to the other side, with some reports of a demonic presence. 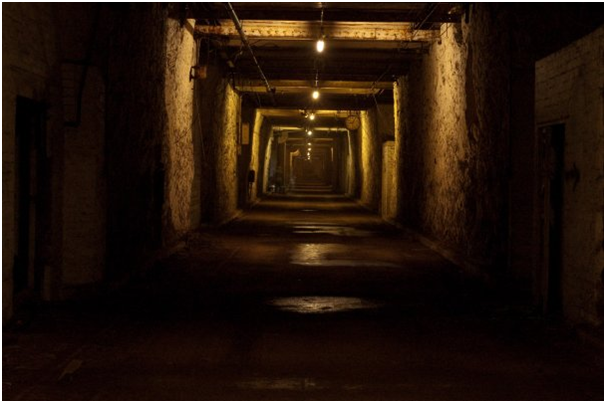 Littledean Jail – Gloucestershire – A grade 2 listed building, this was completed in 1791 – it was built by Sir George Onesiphorus, a prison reform pioneer and top architect William Blackburn. It is a formidable building, and was a model prison in the day that it was built. It is now in use as a crime museum. Littledean Jail is one of the most haunted places in Gloucestershire, with many people reporting ghostly incidents, such as crying coming from the old cells, flickering and shaking lights and a feeling of a ‘menacing’ presence with ominous shadows passing up and down the corridors. Some say the most terrifying presence is the jailer himself, who will throw things at visitors and touch them. Some people have reported him appearing, but it seems he usually favours more violent methods of communication! 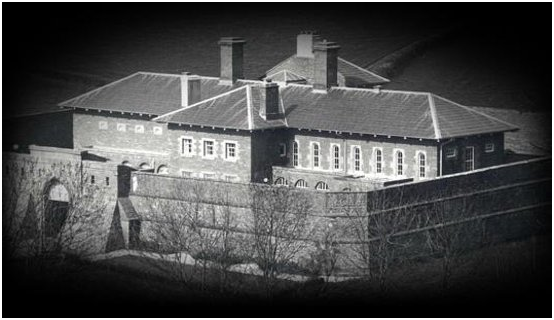 Newsham Park Abandoned Orphanage and Asylum – Established in the Victorian days, when children were often subjected to cruel punishments and abusive treatment, this foreboding building has lot of paranormal activity going on. Beautiful houses like this, often lay empty and abandoned because of their troubled past. Maybe the owners should have visited http://reliable-remodeler.com/ to get some tips on brightening the place up! The building was set up to house the orphans of British seamen. During the first world war, even more children became orphans, and at the end of the war, over 1000 children called this place home. It was opened as an asylum in 1951, which it remained as for over 30 years before being closed down completely. Unsurprisingly given the building’s troubled past, there are a great deal of reports of the ghostly activity here, including distant voices in some of the rooms, objects like workmen’s tools being moved around and shadowy figures moving around the building.