As reported in the British press recently, bridge players are fighting for the popular card game to be recognised as a sport. Should poker also be reclassified? 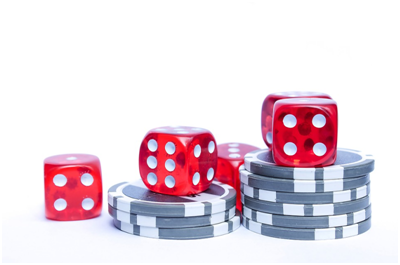 The debate has been raging for years: is poker a game or a sport? If you look in a dictionary, the definition of sport is an activity that involves physical exertion and skill in which a team or individual competes against another team or individual for entertainment. As there is only minimal physical exertion in poker, it does not meet the classic definition of a sport.

The International Mind Sports Association officially classified poker as a ‘mind sport’ in 2011, meaning it joined other games such as chess, bridge, cribbage and backgammon. While many games are about luck rather than skill, many poker players would argue this is not the case for them. Those who do not play ultimately think of it as a gambling game that is played in casinos and depends on lady luck; however, there is a lot of skill required to be successful long-term.

There is no doubt that poker players enjoy and benefit from the gambling side of the game, with top players earning millions from tournaments. If it were reclassified as a sport, there is some doubt whether it would attract new players, who may not be as attracted to a sport where the main aim is to beat the competition.

Anyone can become a poker player and there is lot of help on offer for those who are starting out, from live poker experiences to online tutorials. There are also plenty of sites where you can play others online. If you are looking for somewhere to play poker online for real money, you might want to consider a site such as http://onlinecasinopokerroom.com/betonline-poker-review/.

Poker is even broadcast on TV across the world, with top players gaining celebrity status, and the rise of online poker has helped the game to become more popular than ever. While luck plays a huge factor – in that even one of the world’s best poker players could lose to a newbie – professionals almost always win the majority of their games.