It’s not just websites that make use of state-of-the-art technology to enhance the shopping experience. Physical stores are also upping their game by employing the latest technology, to boost how people shop in-store. Here are six examples of how big brand names are making effective use of high-tech experiences in their retail outlets.

The flagship Debenhams in London’s Oxford Street has been making big investments in technology, with in-store media, such as video screens and ordering kiosks taking centre stage. Inevitably, its other stores will soon follow suit.

Although this has only been demoed in Amsterdam so far, the M&S virtual rail offers great potential for an entire rollout. An oversized screen is touch-enabled and allows shoppers to swipe through a catalogue for easy browsing. Even better, the rail plays videos and makes recommendations. 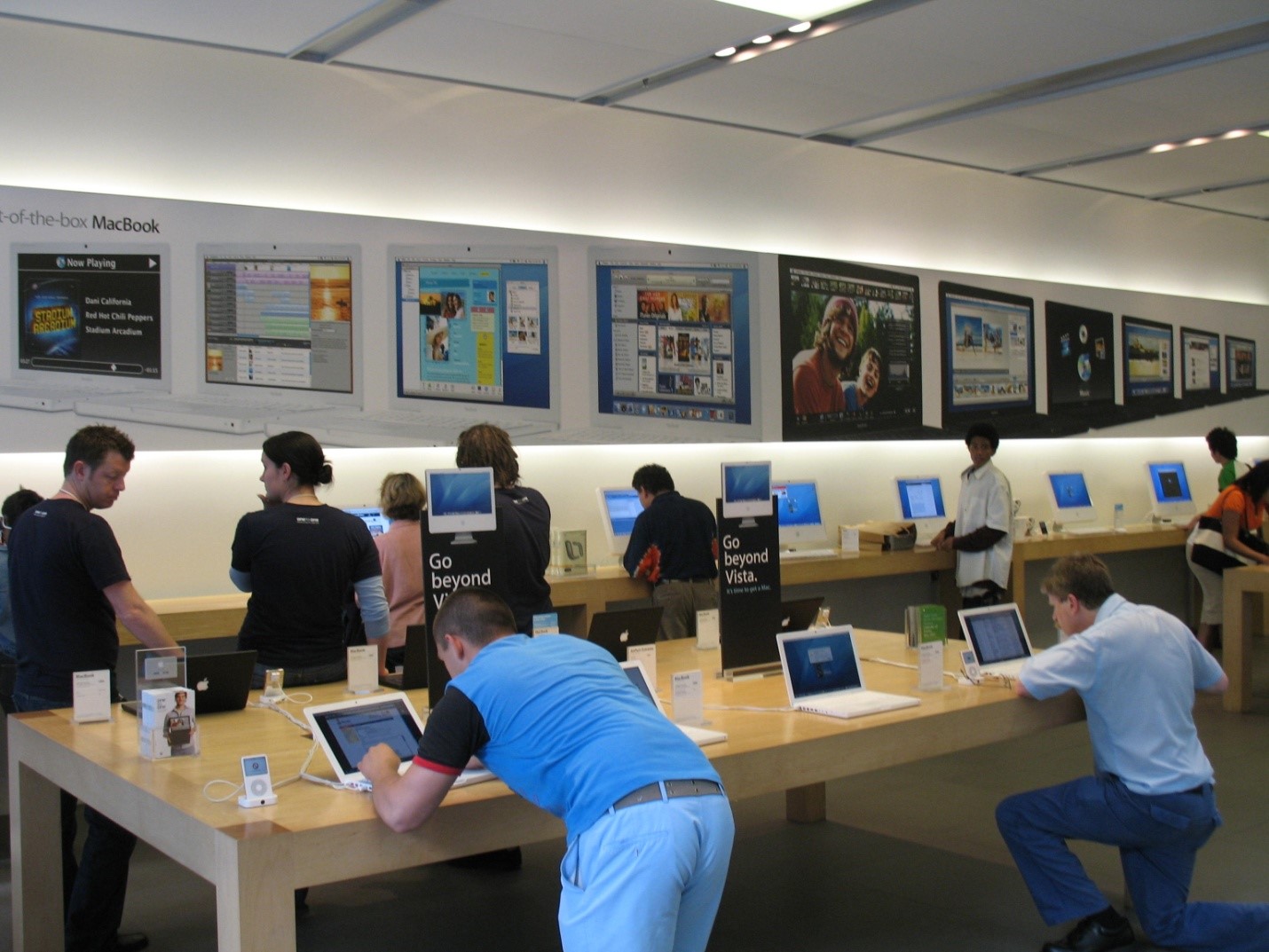 Nordstrom has made use of social proof to highlight those items in-store that are most pinned on Pinterest. Social proof can be highly effective. According to WhatIs.com?, social proof can influence people to take actions, so those viewing the most popular pinned items will be influenced to buy them.

Clothing brand, Topshop, is aiming to stay ahead of the competition when it comes to embracing technology in its stores. The fashion giant has invested heavily in new tech solutions, with its latest offering coming in the shape of virtual reality experiences. Customers now have the opportunity to live stream London Fashion Week in 360 degrees, through the use of virtual reality headsets made available in the Topshop store.

This well-known American outlet has been testing the use of iBeacons, so that shoppers who download the Shopkick app can be alerted to relevant offers or information. This type of personalised precision marketing, such as from in-store media solution providers http://moodmedia.co.uk/in-store-media/, looks set to be the next big thing to enhance retail experiences.

It’s not just information for ordering or browsing products that’s going digital in-stores – the physical appearance of a store is also being influenced by the latest trends in technology. As a shining example, cosmetics brand KIKO is helping to lure shoppers into its premises with an eye-catching digital ceiling.